A Return To Hypermedia: Solving Javascript Fatigue Using The Fundamental Architecture Of The Web 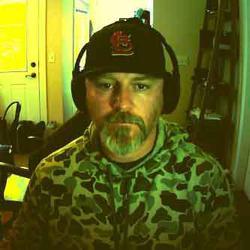 In the last decade, the Single Page Application (SPA) architecture and the JSON API has begun to supplant the original Multi-Page Application architecture of web. This has allowed much more sophisticated web applications to be built and the approach has been formalized by libraries such as React and Vue. In the last few years, however, we have seen the rise of an associated phenomena: Javascript Fatigue in which developers and development teams admit to being overwhelmed by the complexity of the SPA architecture.

In this talk we will take a brisk walk through the history of web development, paying particular attention to the concept of REST & HATEOAS, and to the rise of the "REST-ful" JSON API. We will note why this latter terminology is a misnomer. We will then look at an alternative approach to building modern web applications: Hypermedia-Driven Applications (HDAs). HDAs leverage the original, REST-ful (in the correct sense) architecture of the web and offer the advantages of simplicity and flexibility over the SPA approach. We will discuss the role of scripting in HDAs as well as the role of a JSON API.

Finally, we will all feel bad for not having thought of this earlier.