Seize the Means of Computation: The Big Tech Disassembly Manual 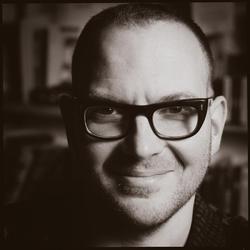 40 years ago, we shot antitrust law in the guts, and we let companies led by mediocre idiots no better than their forebears establish monopolies. These donkeys were able to parlay their monopoly winnings into policies that prevented new technologies from supplanting their own. They got to decide who was allowed to compete with them, and how.

Notably, tech giants today are able to wield the law against interoperators: new technologies that plug into their services, systems and platforms. That's a privilege that none of yesterday's easily toppled tech giants had - if IBM wanted to prevent its competitors (the "seven dwarves" of the mainframe era) from making software, printers, keyboards, and storage for its mainframes, it had to figure out how to build a computer that no one else could reverse-engineer and improve on.

For complex reasons, this is impossible. The very bedrock of computer science - ideas named for midcentury computing demigods like "Turing completeness" and "Von Neumann machines" - dictates that the creation of noninteroperable computers is a fool's errand. It's fantasy, not science fiction, like a time machine or a faster-than-light drive.

Today's tech giants have not invented an interop-proof computer. They've invented laws that make interoperability illegal unless they give permission for it. A new, complex thicket of copyright, patent, trade secret, noncompete, and other IP rights has conjured up a new offense we can think of as "Felony contempt of business model" - the right of large firms to dictate how their customers, competitors and even their critics must use their products.